Application whitelisting and why it is necessary

You are here:
Managed ServicesSecurity 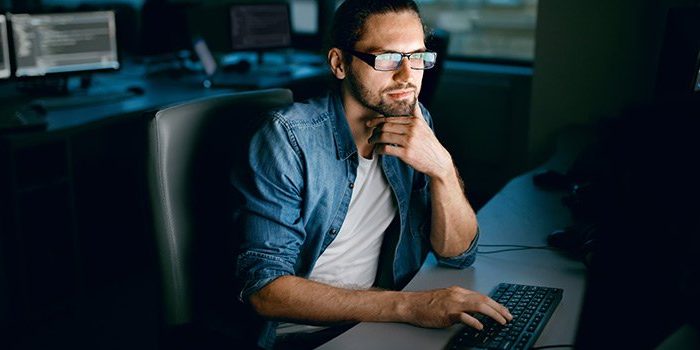 Cyberattacks are on the rise, and businesses can no longer bury their heads in the sand when it comes to protecting their digital assets. They must proactively work to create a fortress around them because the threats are very real and can severely hurt the reputation of a business. Some businesses never fully recover. To effectively reduce the risk of an attack, planning for one is the best approach.

So, let’s explore why your business should be whitelisting applications as standard practice.

Why do we need application whitelisting?

Malicious actors are actively working to gain access to IT systems for all sorts of different reasons. They write malware, which are small programs that they deploy to these systems.

Once they gain access, programs do their bidding. For example, they might gain access to a system with the sole purpose of sending an email to all contacts in a company mailing list. A phishing attack is where malicious code is inserted into an email by a seemingly reputable sender asking for personal information. The receiver provides the information, and their information is then used for malicious purposes, to try and steal money for instance.

Malicious actors might gain access and then hold the IT system at ransom. This is called a ransomware attack. The malicious actor will hold digital assets at ransom and will not release them until a sum of money is paid. They usually will threaten to share the information on the internet. But even if the sum of money is paid, it doesn’t mean they will release the business information.

Malicious actors can gain entry and do all sorts of damage, but their ultimate motivation is to steal and to make money from the information they obtain.

How does application whitelisting work?

Everyone knows what a blacklist is. A whitelist is just the opposite of that. In relation to IT systems, a whitelist is a list of approved programs that an IT system considers safe to execute or run.

The list will contain applications, software libraries, scripts, and installers that are safe. The whitelist is then implemented across a business’s IT infrastructure. Running on a business’s operating system, it acts as a check, so if anything tries to execute that is not on the application whitelist, it won’t be allowed.

While application whitelisting doesn’t stop all malicious code from running, it does stop a large portion of it. For example, in supply chain attacks, malicious code is deployed into third party vendor software without the knowledge of the vendor. When companies try to install or update the software, the whitelist will allow it to run because it has already approved the third-party vendor as safe.

To stop this kind of malicious code, businesses must scrutinize the cybersecurity policies of third-party vendors before adding them to their whitelist. Certain rules and checks are created on an IT system for whitelisted applications to ensure they are deployed as expected.

Whitelisting can also be helpful in logging any applications that tried to run that are not on the whitelist. If any suspicious executable files are noticed, they can be added to an application blacklist, which can also be implemented across an operating system. This kind of logging is useful in monitoring the health of an IT system and finding any possible gaps in IT security.

A whitelist shouldn’t be created and forgotten. It needs to be tested on a regular basis to ensure it is as tight as it possibly can be. It should also not be used as a replacement for antivirus software as the two mitigation strategies work in different ways and are both essential tools in mitigating cyber security risk.

The right people can keep your business secure...

Ideally, security experts with vast experience across cybersecurity mitigation strategies are the best people to create a whitelist and to make sure the rules are as tight as possible. They can also monitor your whitelist and make sure that only vendors with strong cybersecurity are added to the list. Contact the experts at Merit Technologies to find out how they can help protect your business.

Getting to Grips With Email Security
February 7, 2023

Are Your Employees Doing Online Christmas Shopping From Work?
December 7, 2022